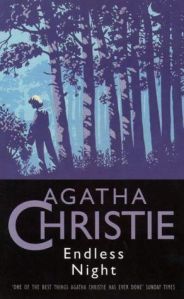 I can’t say too much more about the plot as most of the action takes place in the second half which makes for a very short review. On first reading I was actually angry with the solution but a re-read has given me a new perspective and I would now agree with what seems to be the general opinion that is one of the better late-period Christie’s.

Andrew Lippincott travelled on the Queen Mary. This was near the end of her life as she was retired in 1967 after 31 years of service during which she twice broke the record for crossing the Atlantic and served as a troopship during WWII.