Weighing in at 272 lbs, Nero Wolfe is almost certainly the largest of the 100 Greatest Literary Detectives 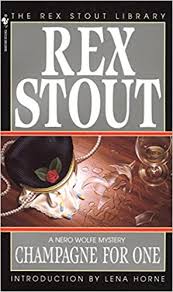 . He lives to eat and to cultivate his prized orchids and cases are taken in order to pay for these two interests. He rarely leaves his brownstone house and this stay-at-home tendency means that someone else has to go into the world and gather evidence on his behalf: enter narrator Archie Goodwin, a wise-cracking private-eye type in Wolfe’s permanent employ. Thus we get an enjoyable mix of Chandleresque style and a real puzzle plot.

In this book, Archie takes the place of a friend who is faking a cold at an exclusive dinner party. One of the guests dies of cyanide poisoning and as she was known to carry a bottle with her at all times and had talked of ending it all, everyone is convinced that it is suicide. Everyone except Archie that is, who had been asked to keep an eye on her and swears blind that she couldn’t have added the stuff to her own glass. To protect Archie’s reputation, and by extension his own, Wolfe takes the case.

As often happens, Archie has to work with Wolfe’s other regular operatives (Saul Panzer, Fred Durkin, and Orrie Cather) to surreptitiously get witnesses and suspects into the brownstone, where Wolfe bullies them into submission by insisting they will either talk to him or to the police. They normally decide to take their chances with him.

By reconstructing the crime in his office, Wolfe solves the problem of how the murderer could ensure that the poison got to the intended victim and then manipulates events to force a confession.

As many have written, it is the characters that are the main draw and I look forward to seeking out more of the delightful Bantam paperback editions as illustrated above.

read modern mysteries. Generally, I figure that if something’s really good people will still be talking about it in twenty years’ time and I’ll give it a go then. But I couldn’t resist an update of the island-based serial killer subgenre.

Nine comedians, at various stages of their careers are invited to take part in a new project by comedy legend Dustin Walker on his private Caribbean island. Upon arrival they find a three by three set of photos of them on the wall of a gallery – no prizes for guessing what’s going to happen to those as we go through the book – and they soon see a final video message from their host. A body is discovered but then immediately lost so there is a possibility that it could be a prank but then the murders start and don’t stop.

Interestingly, the murder methods have more in common with the recently re-published “The Invisible Host” than with And Then There Were None so maybe they’d have had more chance surviving if they’d made different choices. I was surprised by the final reveal, but there were two obvious clues which I missed. In fact if you read everything carefully, you should be able to determine another key part of the solution.

The problem for me was the comedy element, which I know is a very subjective area, but mainly because stand-up is meant to be seen and heard, not read from the page, and so the between chapter sections just didn’t really work for me.

As I bought it secondhand, I got my £2 worth from it, but couldn’t advise buying it new. And we won’t be talking about it in twenty years’ time.

Whilst searching for a cover image, I found a description which said “And Then There Were None but with 100% more jokes than Agatha Christie”. Now I don’t remember any jokes in the original, but even if there had been one or two, then 100% more would only be an additional one or two. So either the writer of that quote is bad at maths or was being accurate and really didn’t find it funny! 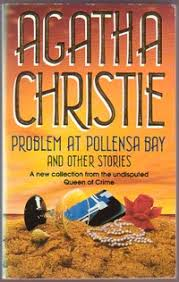 in American anthologies) this collection was the first “new” Agatha Christie for thirteen years. The eight stories are:

Problem at Pollensa Bay – Parker Pyne is on the homeward leg of his trip abroad detailed in the second half of “Parker Pyne Investigates” where he operated more as a general problem solver rather than a provider of happiness but he returns to his day job here and in so doing illustrates why, although I enjoy his first six cases very much, there was a limit to the possibilities of that type of story as it is very obvious what is going on. Although his first initial is given as “J” in earlier stories, he has inexplicably signed the hotel register as “C. Parker Pyne”.

The Second Gong – Poirot arrives late for dinner to find his host already dead. This was expanded into “Dead Man’s Mirror” included in “Murder in the Mews”.

Yellow Iris – Poirot is summoned to a matter of life or death at the Jardin des Cygnes but when he arrives at the restaurant finds that no one will take responsibility for the telephone call. And then a young woman dies… The basic elements here were later used in “Sparkling Cyanide” but the murderer and method used are different.

The Harlequin Tea Set – this is set “a large number of years” after the stories collected in “The Mysterious Mr Quin”. According to Wikipedia no original publication date has been found although it was anthologised in “Winter’s Crimes 3” where all stories are described as “new” on the front cover. Based on the ages of characters mentioned, I think this has to be set post-WWII which would make Mr Satterthwaite as impossibly old as Hercule Poirot. The story itself is daft as the person with criminous intentions has already achieved their aim and what they then attempt to do is completely unnecessary.

The Regatta Mystery – a young man is unhappy as he is the only person who could have a stolen a diamond and so he consults Parker Pyne. This was originally a Poirot story but the sleuth was changed before being included in the US collection “The Regatta Mystery and Other Stories”.

The Love Detectives – Mr Satterthwaite with the assistance of Mr Quin has to save a pair of lovers from a cunning plot. Colonel Melrose is the Chief Constable so this story takes place in the same county as “The Murder of Roger Ackroyd” and The Secret of Chimneys”. This was originally published in 1926 and was presumably not included in 1930’s “The Mysterious Mr Quin” as Christie was re-working the central ideas into a novel at the time.

Next to a Dog  – a non-mystery for dog lovers only.

Magnolia Blossom – a non-mystery in which a woman must choose between love and duty.

Although fans would have been excited to have access to some “new” Parker Pyne and Mr Quin stories, I’m sure they’d have been a bit disappointed because none of these stories is memorable. 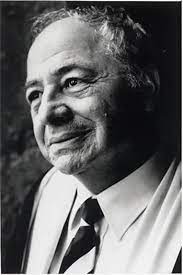 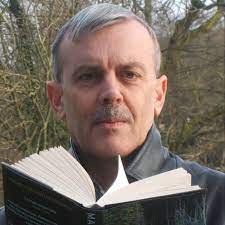 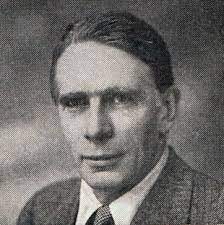 CYRIL HARE YOU BEING SERVED?

Creator of Manory and Williams

ELLERY QUEEN OF THE SOUTH

JOHN RHODE TO A NIGHTINGALE

Won awards for Kazan and Brando

In the excellent quiz show “House of Games” the final round is always “Answer Smash” where you are shown a photo and given a clue which you have to smash together e.g.

A picture of actress Helen McCrory, and a clue for Rory McIlroy, so the answer is HELEN McCRORY McILROY.

All the pictures are of crime writers. Have fun!

Creator of Manory and Williams

Won awards for Kazan and Brando

I’ll publish the answers later in the week. In the meantime please take a look at my previous puzzles.

The Mystery of the Yellow Room by Gaston Leroux

Death of Jezebel by Christianna Brand

The Case of the Careless Kitten by Earl Stanley Gardner

The White Lady by Paul Halter

Lion in the Cellar by Pamela Branch